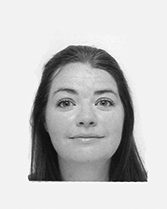 Jane grew up in a small town in the UK but has lived in several different countries. She graduated in Law with French Law and Language from the University of Leicester and went on to obtain an MSc in Criminology. Since 2004, Jane has been living and working in Japan.

Jane became involved with TELL as a volunteer in 2010 and following a career change in 2015, is now responsible for coordinating the training of our volunteer support workers. Her interests include the rehabilitation of offenders, suicide prevention, and women’s issues.